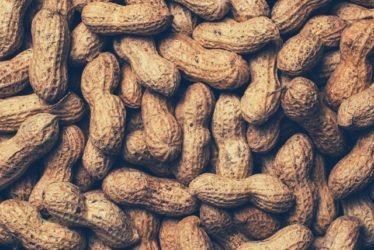 Peanut allergies can be a huge nuisance and in some cases, a life-threatening condition, but there is hope on the horizon. A recent study by the National Institute of Allergy and Infectious Diseases recently found that a new treatment, called peanut oral immunotherapy or OIT for short, has 80% of its patients to incorporate peanuts back into their diet.

The study involved taking 40 pre-school aged, peanut allergic children and administering doses of either 3,000 milligrams of peanut protein or 300 milligrams depending on the test group. While most of the children had some mild side effects like stomach aches, the peanut protein never led to any of the life threatening symptoms that would come from ingesting peanuts.

After an average of 29 months of this treatment, the children were taken off the protein regiment for four weeks, after which peanuts were introduced into their diet. Whereas before, 100% of the children were allergic, now after the protein treatment, only 20 percent had reactions when consuming peanuts. This study, which can be read here, gives real hope for the end of severe peanut allergies in the future.

While OIT seems to be working wonders for not only peanut allergies, but has similar promise for eggs and other food allergens. While OIT requires hospital visits to carry out, another study done by the National Institute of Allergy and Infectious Diseases found that simply incorporating peanuts into the diets of infants significantly decreased their chances of acquiring peanut allergies, while have little to no affect on either their health or breast-feeding habits.

This second study involved 640 infants between the ages of 4 to 11 months. The infants were fed 2 or 3 grams of peanut protein every day, and despite worries that solid food would interfere with normal breastfeeding patterns, the children showed no signs of feeding differently, with one small exception. As the infants aged, they consumed fewer savory snacks and chips than their fellows in the control group. So not only does this method of early peanut allergy prevention stop potentially life threatening allergens, but also might make the children a little bit less likely to reach for a can of Pringles.

While there remains no cure for severely allergic children or treatment besides the courtesy of those around them, sometimes that simply isn’t enough, as was the case for four-year-old Fae Patten who was flying back from a vacation when a man four rows behind her open a large bag of peanuts. Despite warnings over the intercom to not consume peanuts, Fae’s life was nonetheless put in grave danger. When the dust from his snack reached her, her face swelled and she went into anaphylactic shock.

Luckily, a paramedic was on the scene and she was revived thanks to a quickly administered epi-pen, but it’s easy to see where cases like these could lead. Whether it’s on planes or in school lunch rooms, children across the globe are alienated and quarantined to protect them from going through the same forms of trauma that happened to Fae.

Hopefully the work being done by scientists today on OIT will mean a better and safer world for children like Fae.